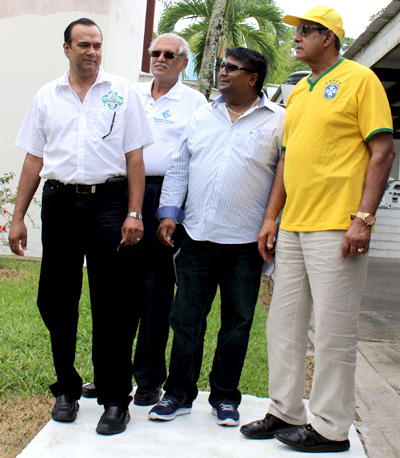 MTS came in for high praise at the Waterloo Government Secondary School from the Honorable Minister of Education Dr. Tim Gopeesingh, as he toured several schools in the central area as part of the Ministry’s ‘Educate, Participate, Eradicate’ National School Clean-up Campaign during the weekend of October 18th 2014.

Minister Gopeesingh described Waterloo Secondary as ‘an example of tremendous good performance by the Company in managing the environment of the school’. He evaluated the school as being ‘immaculate in terms of cleanliness and esthetic surroundings’ and that the Ministry of Education was ‘very pleased and congratulated MTS on that school’ He stated that the Ministry of Education looked forward to that type of support from MTS as they moved along given that MTS manages about eighty government secondary schools and a number of primary schools.

The sentiments expressed by the Honorable Minister did not end at Waterloo Secondary but was echoed throughout visits to a total of thirty three secondary schools  in the South, Central, North East, and North regions during the weekend of October 18 – 19th, 2014. Minister Gopeesingh was accompanied by a team comprising representative of the Ministry of Education, EFCL, and MTS led by Board Chairman Mr. Jim Murad-Mohammed, CEO Mr. Rattansingh, Divisional Manager and several senior members of staff.

CEO Rattansingh in turn expressed his satisfaction at the level of service observed at the Waterloo Government Secondary School as well as all of the thirty three schools visited. He congratulated Mr. Ali and his team on a job well done and all support staff for raising the level of service provided at the schools. He encouraged them to continue striving for excellence as he noted that MTS has the capability, the capacity and the experience to manage the maintenance and security at all secondary schools in the country. 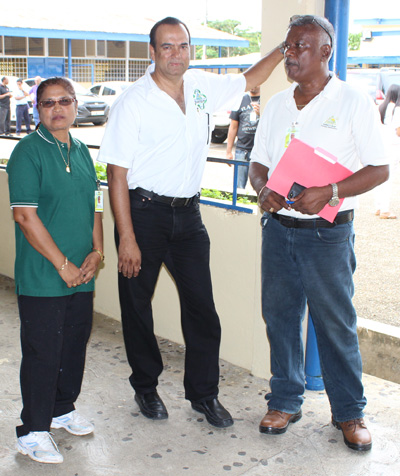 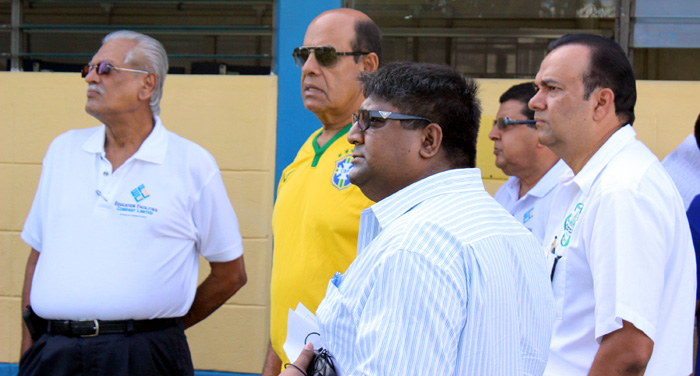