MTS celebrated the achievement of our 35 years milestone with the hosting of an Interfaith Thanksgiving Service in the car park of the MTS Plaza, Aranguez on Thursday 27th November 2014 in celebration of the Company’s 35th Anniversary.

The evening was deemed Blessed and Special as the rains stopped to allow the Company to enjoy this activity which included a gallant display of marching skills by our security operations comprising the elite, judiciary and mainstream units led by DCSO Ronald Steele and Inspector Selwyn Paul.

The marching display gave way to a well-received musical interlude by Ms. Moricia Cagan accompanied by Dwayne O’Connor who set the tone of the programme when they sang ‘Love Changes Everything’ composed by Michael Ball.

Board Director Mr. Carl Ramdeo brought greetings on behalf of the Chairman who was unavoidably absent and on the behalf of the Board of Directors.

CEO Mr. Lennox Rattansingh asked each MTS member to greet one other on a job well done.

He attributed the longevity and success of the Company to the goodness of God and the Blessings received from a leadership of giving, love, faith, humility, gratitude and leading by example. He made special mention of each past Board Chairman and each successive CEO who would have served at the helm of MTS and contributed to the success of the organization.

MTS he said, has contributed significantly to the GDP of the country to the tune of annual VAT payments of $50Mn and corporation tax of $40Mn in the absence of any subvention from the Government.

Mr. Rattansingh implored each employee to ‘change what you see and what you see will change’ attributing this to the request from the Ministry of Education for the Company to maintain an additional 13 Government Secondary Schools. He ended by paying tribute to all those who have contributed to the success of the Company.

The Gueat Speaker Canon Steven West reminded each employee of the successes of the Company and the need for them to have a passion for what they do on the job.

Musical presentations were performed by accomplished pannist Neal Gulston and saxophonist Maurice Boyce who complemented the evening with fantastic renditions. The programme ended with some sharing in the spirit of thanksgiving. 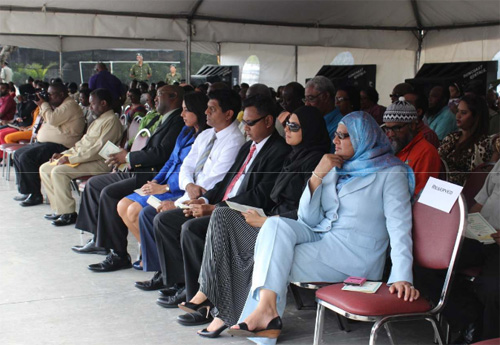 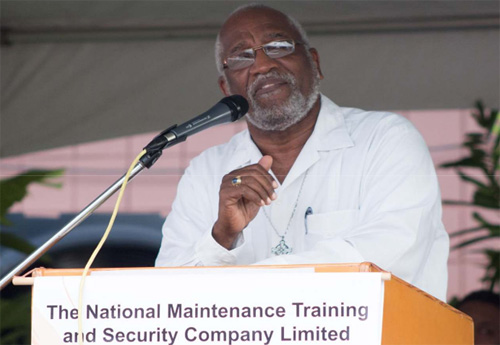